A Word from the Curator

I have been involved in collaborative projects with East/Central Europe since 1992 when I served as a researcher for the Suitcase Fund reporting on the contemporary performing arts in Hungary. Since that time, I have continued to follow and present artists from this region as Director of Danspace Project in New York and at the Dublin Dance Festival.

In August 2015, I went to speak to Agata Grenda at the Polish Cultural Institute in New York about including a Polish company in my Travelogues series at the Abrons Arts Center. She encouraged me to think about a larger project that would involve artists from the four Visegrad countries. In January 2016, I brought Miroslava Kovářová of the Bratislava in Movement Festival and Gyuri Szabo of Trafó in Budapest to meet with Agata to discuss the development of such a project. With her support and that of her successor, Tomek Smolarski, I was able to attend the Polish Dance Platform and the Spring Forward Festival in April 2017 to see work and meet with the partners from each of the countries.

The Visegrad Group, V4, is an important political and cultural alliance yet few people in the U.S. know that it exists. We thought it would be interesting to shine a light on this specific region, a subset of what Americans tend to lump together as Eastern Europe or the former Soviet bloc.

The four works selected, while quite different one from the other, are all unlike the work being made in the U.S. Two of the pieces (Guide and WOW!) are technically quite sophisticated and rely on visual imagery. The other two (TOTAL and Your Mother at My Door) incorporate text that is delivered with a kind of irony that is deceptive. The viewer may not be 100% sure whether these dancers are serious about what they’re telling us or are winking slyly.

As the festival nears, we are thrilled that these four works will be seen in New York at NYU’s Skirball Center (as Jay Wegman moved from Abrons Arts Center to Skirball in August 2016) and in New Orleans at the Contemporary Arts Center (as I moved here in September 2016). With a presence in two cities in the U.S., the project will have greater impact and the artists will be able to meet a broader range of dance students and audiences through the performances, workshops, and discussions in each locale. We greatly look forward to the festival and to the many friendships and the aftermaths that we know will result and will last long beyond April 2018! 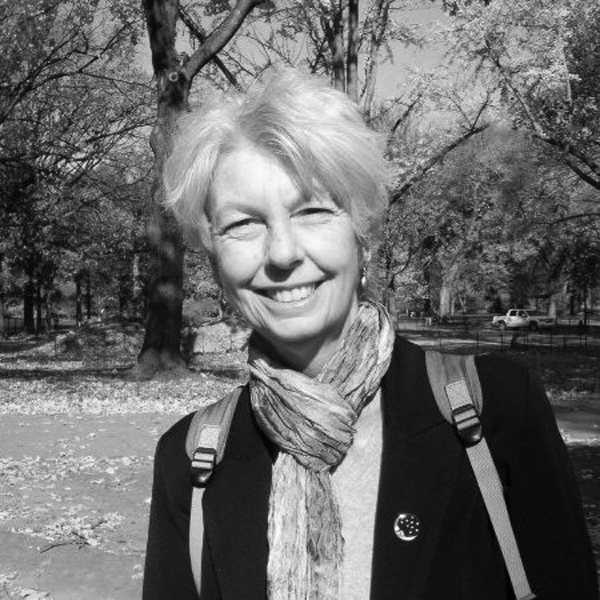 Previously, she served as Executive Director of Stephen Petronio Company, Producing Consultant for Tere O’Connor Dance, and Associate Producer at Quaternaire, an international production and tour management agency based in Paris, France.

She also worked as a freelance consultant and producer, curating the Travelogues Series at Abrons Arts Center, and working with The Joyce Theater and choreographer Jean Butler.

Laurie served as Director of the Dublin Dance Festival from 2007-2011, overseeing its transition to an annual festival and expanding its international visibility, audience outreach, and support of the local dance community. From 1992-2007, she was Executive Director of Danspace Project in New York City, a period of significant programmatic and budget growth for this dance venue based in the historic landmark St. Mark’s Church. She served as Managing Director of Urban Bush Women from 1991-92 and as the company’s Producing Director until January 1996. From 1984-1991, she was associated with Dance Theater Workshop, serving the last three years as Managing Director and Co-Producer.

Laurie Uprichard is a Chevalier of the Order of Arts and Letters in the French Ministry of Culture and received a 2008 New York Dance and Performance (Bessie) Award for her service to the field.

She holds an M.B.A. with a concentration in Marketing from The American University and a B.A. in Psychology from the University of Miami.