Theatre company the Debris Company was founded in late 1994, (its predecessor was the Hubris ensemble, established in 1991). This is a unique group in Slovakia, focusing on nonverbal theatre blending with contemporary dance, performance, visual arts and site specific projects. The leader, director and music composer of the majority of their plays is Jozef Vlk, who mostly cooperated on his projects with performers Martin Ondriska, Martin Piterka and choreographer StanislavaVlčeková.

Their most significant projects which blend music, movement, art, and philosophy are The Process (Franz Kafka), The Gospel According to Mark (Jorge Luis Borges), Ulysses (James Joyce), Ubu the King (Alfred Jarry), Murphy (Samuel Beckett), and others. Currently, The Theatre focus on their own projects and work with leading Slovak and international creators. According to the critics, their works can be clearly considered a part of multimedia avantgarde stream that has been making the Slovak theatre scene unique for quite some time.

Their current repertoire (Soliloquy, Dolcissimesirene, Hexen, Mono, Epic, Clear, WOW! and Hi-jackin’ Europe) has been staged in Slovakia, the Czech Republic, Hungary, France, Belgium, Germany, Austria, Slovenia, Belarus, Singapore, India, Brazil and elsewhere. Their works are often rewarded by the theatre awards DOSKY. The Debris Company does not have its own theatre stage. They produce and stage their projects most often in cooperation with the A4 – space for contemporary culture 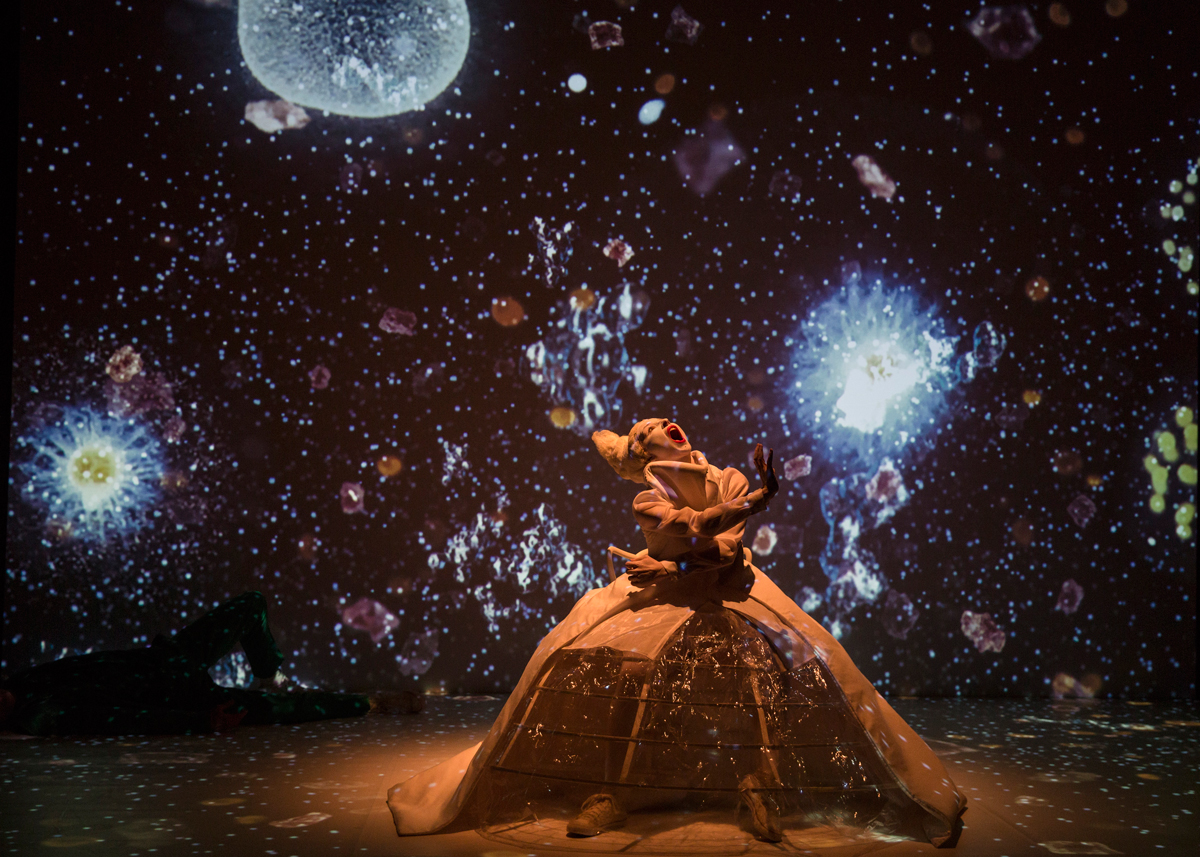 Debris Company is dedicated to movement and dance theatre, action art and performance. Its pieces are consistently striking, shed new light on relations between things, all thanks to a growing team of collaborators. Their projects are linked by a strong motif and adaption and can be placed among the multimedia, avantgarde movement on Slovak art scene, bringing new perspectives and receiving accolades for many years…

WOW! is inspired by the poetry of Eugen Gindl.

As if two disharmonic tones played together created a new quality of composition, the disharmony of our values makes us think, criticize and look at things from a different angle.

Inner consistency is only a sign of a lack of thinking. Does history have a direction?